Since I’ve been asked many times about bending furbies I thought I would make this guide to help those that would like to give it a try. 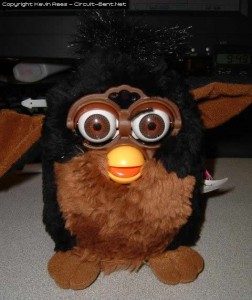 This furby is in the typical shape I find most of them in. Let’s take away his dignity further by striping him of his fur. 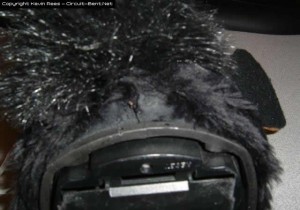 This lump on his bottom side is where there is a strap tie holding his fur on. Cut this, and pull the tie strap out. 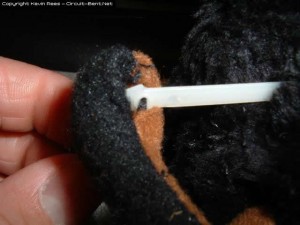 Roll his ears back and cut the threads holding them on. 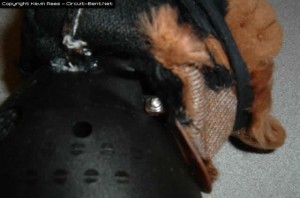 I usually roll his fur up along his body so we can expose the screws holding his face piece on. Remove the screws, and there will be some hot melt glue attaching the fur to the top of his head. With some light tugging the fur should free and then you’ll have your very own naked furby. Remove all the screws from the carapace, and it will come apart in 2 halves. 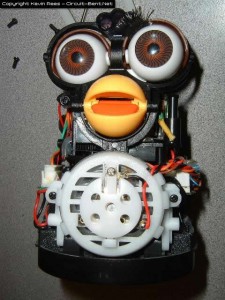 See, look at how liberated he is to be freed of that cumbersome fur. 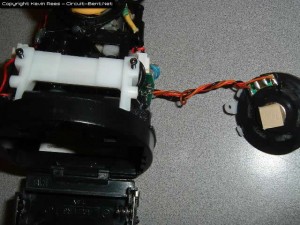 You have to take off the speaker/tummy switch to be able to tilt his battery compartment over, and get to the circuit board underneath. This is also a good time to add wires to the speaker for your output jack. 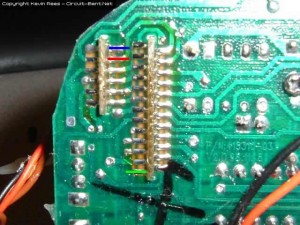 I’ve found a stable glitch, and loop bend that stem from the same common point. I have the common marked in red, the glitch in blue, and the loop in green. Your mileage may vary from one furby to the next. On this particular furby I used a 47 ohm resistor in line with the glitch wire to make it a little more stable. I’m sure that there are more bends in a furby, but I haven’t dug to deep because I’ve heard that these fry easy. 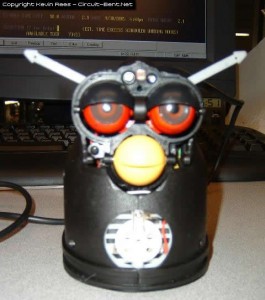 The bending has changed him some how…. 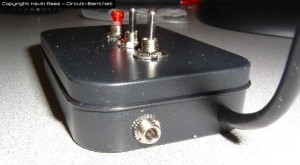 I normally run the bend wires along the right side of the furby up to his head. There is a small area on the back of a furbie’s head where you can drill a hole, and run the wires out to a control box. I normally set it up with a switch for the glitch bend, a normally open push button, and switch for the loop. You use the push button to find a loop you like, and then flip the switch to lock it in. 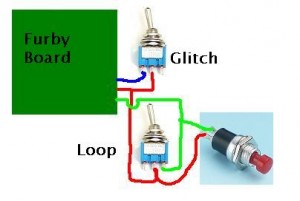 I’ve had a lot of people ask me about the way the loop section is wired, so I made up a nitty gritty diagram in MS paint. I still have the wires colored the same as in the circuit board diagram. Basically what’s happening is that you have the same connection wired to 2 different kinds of switches.

As always I won’t be held responsible if you try this bend and your Furby get’s hurt! 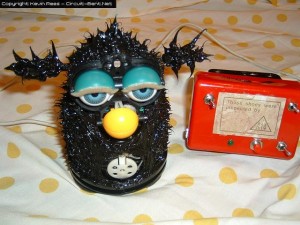 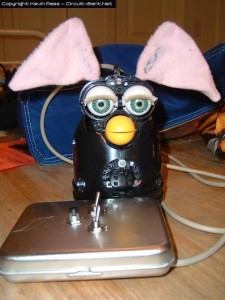 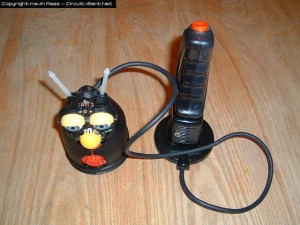 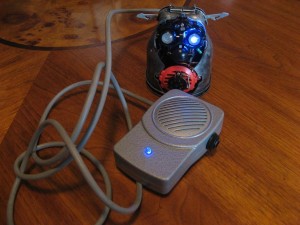 I’ve done quite a few furbies now, and I always try to make each one unique to the others. I’ve played around with decorating them in strange ways, and I built one that has all it’s bends controlled by an Atari style joystick. I’m going to post some pics of a few of these on this page.